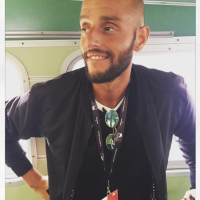 Was she fired from Dunkin’ Donuts? Did she turn down a role in #Catwoman? @Madonna sets the record...